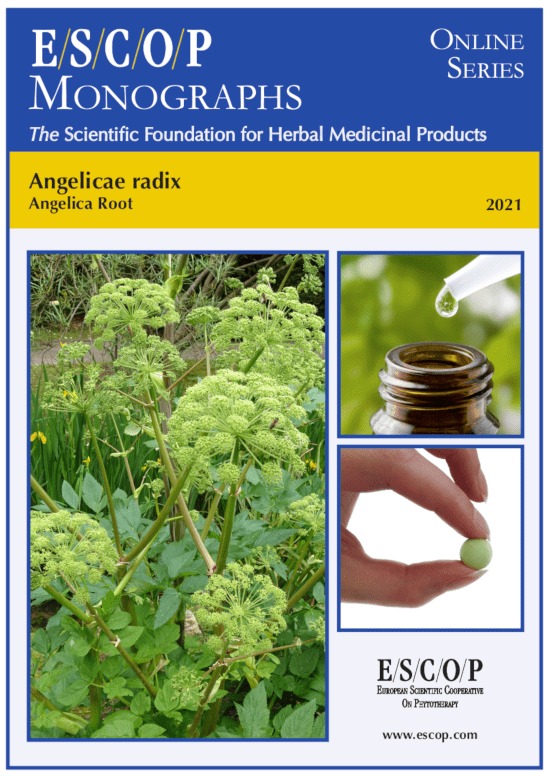 SUMMARY
The herbal monograph selects and summarizes scientific studies and textbooks regarding efficacy, dosage, and safety to support the therapeutic uses of angelica root.

This herbal drug by definition consists of the dried rhizome and root of Angelica archangelica L. (syn. A. officinalis Hoffm.).

Studies with its main characteristic constituents, the essential oil, containing mainly monoterpenes and smaller amounts of sesquiterpenes, coumarins such as prenylcoumarins and furanocoumarins, as well as various phenolic acids are included.

The therapeutic indications are dyspeptic complaints such as mild gastrointestinal spasms, sluggish digestion, flatulence, feeling of fullness, loss of appetite, and bronchitis.

Administration of angelica root addresses posology; its duration of use; contra-indications; special warnings; special precautions for use; interactions with other medicinal products; other forms of interaction; in pregnancy and lactation; its effects on the ability to drive; undesirable effects; overdose.

No clinical data were available for mono-preparations of angelica root.

Safety data from randomized, controlled studies, showed that angelica root was safe when used in an herbal combination.

The selection of literature cited in the monograph is aimed at bringing together relevant information about the possible physiological roles of angelica root and its major constituents.