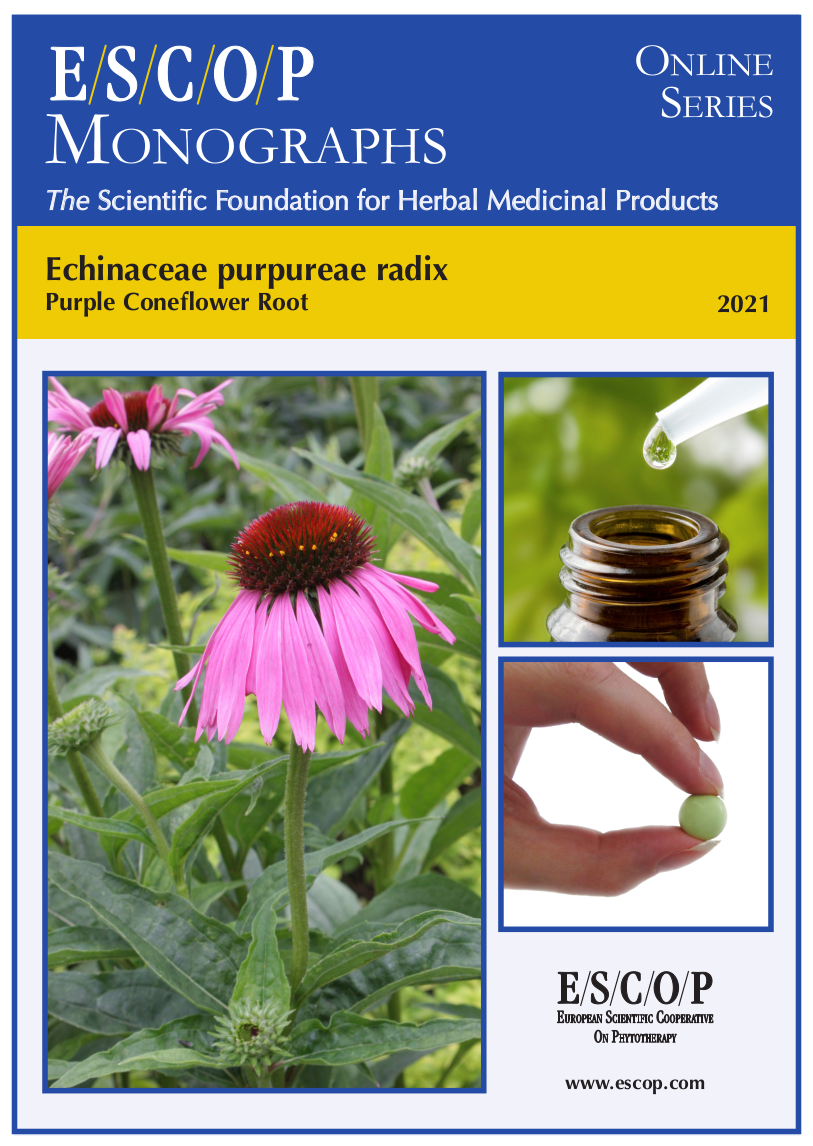 SUMMARY
The herbal monograph selects and summarises scientific studies and textbooks regarding efficacy, dosage, and safety to support the therapeutic uses of purple coneflower root.

This herbal drug by definition consists of the underground parts of Echinacea purpurea (L.) Moench.

The therapeutic indications are adjuvant therapy and prophylaxis of recurrent infections of the upper respiratory tract (common cold). Administration of purple coneflower root addresses posology; its duration of use; contra-indications; special warnings; special precautions for use; interactions with other medicinal products; other forms of interaction; in pregnancy and lactation; its effects on the ability to drive; undesirable effects; overdose.

In a pharmacological study, healthy male volunteers took an ethanolic extract or placebo. Phagocytosis was increased in the verum group, when compared to the placebo group
Controlled clinical studies with purple coneflower root were summarized in several reviews and meta-analyses. In a double-blind, placebo-controlled, dose-dependent study, patients with influenza, received a tincture and showed a highly significant reduction in symptom score after taking the highest dose of purple coneflower root. In another study, volunteers took an ethanolic extract. Upper respiratory tract infections occurred earlier in the placebo group and demonstrated its prophylactic activity.

Pharmacokinetics of orally administered purple coneflower root were assessed in humans. Alkamides were rapidly absorbed in plasma from healthy volunteers, after ingestion of tablets containing dry ethanolic extracts of purple coneflower root. The maximum plasma concentration of total alkamides was reached within 2.3 hours.

Safety data were assessed in human studies. Several meta-analyses on clinical use and safety, generally concluded that the use of purple coneflower root is safe, notwithstanding that several adverse reactions were reported.

The selection of literature cited in the monograph is aimed at bringing together relevant information about the possible physiological roles of purple coneflower root and its major constituents.