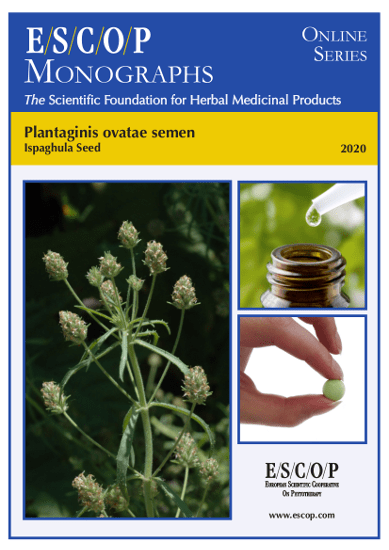 The herbal monograph selects and summarises scientific studies and textbooks regarding efficacy, dosage and safety to support the therapeutic uses of ispaghula seed.

Administration of ispaghula seed addresses posology; its duration of use; contra-indications; special warnings; special precautions for use; interactions with other medicinal products; other forms of interaction; in pregnancy and lactation; its effects on ability to drive; undesirable effects; overdose.

Pharmacokinetics of orally administered fibre of ispaghula seed showed that it is resistant to digestion in the upper intestinal tract. Although not absorbed, part of the fibre is degraded by colonic bacteria in the lower intestinal tract to short-chain fatty acids, methane or carbon dioxide.

Safety data were assessed in human studies, where gaseous distension, occasional abdominal pain and slight nausea were reported, which disappeared on continuation of treatment. The selection of literature cited in the monograph is aimed at bringing together relevant information about the possible physiological roles of ispaghula seed or ispaghula husk and their major constituents.