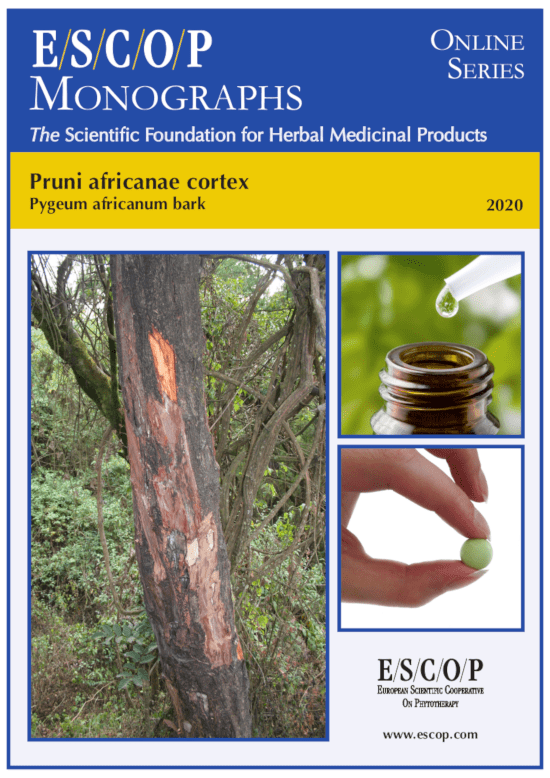 The herbal monograph selects and summarises scientific studies and textbooks regarding efficacy, dosage, and safety to support the therapeutic uses of pygeum bark.
This herbal drug, by definition, consists of the whole or fragmented, dried bark of the stems and branches of Prunus africana (Hook f.) Kalkman.

The therapeutic indications are the symptomatic treatment of micturition disorders (dysuria, pollakiuria, nocturia, urine retention) in benign prostatic hyperplasia (BPH) at Stages I, II, and III as defined by Alken and Vahlensieck.

Administration of pygeum bark address posology; its duration of use; contra-indications; special warnings; special precautions for use; undesirable effects; overdose.

Pharmacological studies in humans, after oral administration of lipophilic extracts, concerned improvement of capillary perfusion and secretory activity of the prostate, as well a reduction in the volume of a hypertrophic prostate and it reduced prostatic inflammation.

The selection of literature cited in the monograph is aimed at bringing together relevant information about the possible physiological roles of pygeum africanum bark and its major constituents.