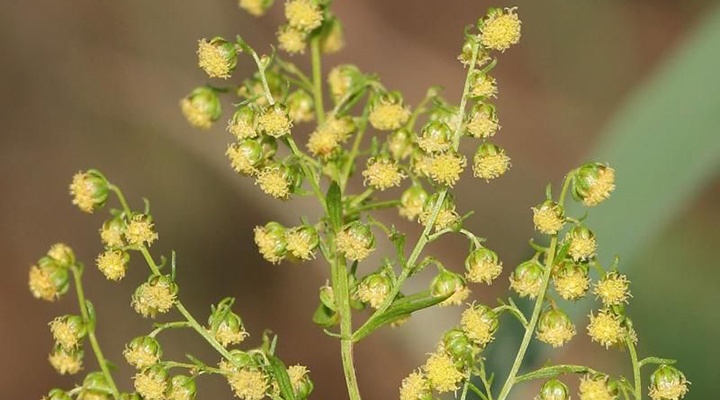 Artemisia annua leaf powder tablets cured 18 critically ill malaria patients at the Rwanguba Hospital (Democratic Republic of the Congo). The results suggest that we are facing a new and cheaper treatment option for this mosquito-borne disease that affects 212 million people worldwide.
18 patients aged 14 months to 60 years infected with a strain of malaria resistant to conventional therapy who had been previously treated for 6 months with the combination of artemisin and artesunate, without positive results, recovered completely in 5 days thanks to an oral treatment with a herbal preparation that had already been shown to be effective in animal models and in small clinical trials but which is still not authorized by WHO. For this reason the administration to these patients was considered as compassionate use. Among the patients were two children. All of them suffered the severe form of the disease: loss of consciousness, respiratory difficulties, convulsions, pulmonary edema and in the case of a 5-year-old child in this population, coma.

Patients were given a dose of 500 mg of powder of Artemisia annua leaf (collected in the vegetative state and compressed without excipients), orally, twice daily for 5 days. The total dose of artemisinin administered to adults was 55 mg and the dose was reduced in patients with a body weight less than 30 kg.
Pamela J. Weathers, professor of biology and biotechnology at the Worcester Polytechnic Institute (WPI), is the leader of the medical team. It is a pioneer in the use of Artemisia annua leaf extract as a therapy against malaria. According to this researcher, this is the first case of control of a resistant strain in humans with leaf of Artemisia annua, which would support its incorporation into the antimalarial treatment regime where resistant strains emerge.

Artemisia annua, considered a safe herb (GRAS), having been consumed by humans and traditionally used as a therapeutic remedy, often in the form of tea. Dr. Weathers was intrigued by the potential of the dry plant as a malaria. In 2011 published his first study in Phytochemistry Reviews in which he showed that the leaf of Artemisia annua is able to reach up to 40 times more levels of artemisinin in blood than the purified extract. In an article published in PLOS ONE the following year, Weathers and his team demonstrated that leaf  has not only antimalarial properties, but is more effective at eliminating the parasite and reducing the level of parasitic infection in mice. In another study published in 2015 in Proceedings of the National Academy of Sciences, researchers demonstrated that Artemisia leaf heals cured rodents infected with artemisinin-resistant malaria strains. In an experiment that accelerated the evolution of the malaria parasite passing through up to 49 generations of mice, the parasite showed no signs of resistance to leaf.

Weathers suggests that the superior yield of leaf  compared to artemisinin, as well as its ability to kill resistant parasites and avoid resistance, is probably due to the synergistic effects of a complex range of phytochemicals contained in leaf plant, several of which are known for their antimalarial properties, and other principles that may increase the absorption of artemisinin into the bloodstream by strengthening its effectiveness against malaria. The dry leaf is a natural therapy whose benefits far outweigh those of artemisinin and other drugs combined.
Another advantage of leaf over the conventional antimalarial treatments is its low cost and the relative simplicity of obtaining. Cultivating Artemisia annua and producing and testing the tablets, according to Weathers, are ideal local businesses that can provide jobs in impoverished areas and greatly expand access to antimalarial therapy. In fact, it has already established a supply chain in Africa that includes the cultivation and harvesting of high-yielding cultivars in East Africa along with GMP (Good Manufacturing Practice) processing operations in Uganda, where the leaves are dried, pulverized and homogenized. The powder is compacted into tablets, and where the tablets are tested for dosage. This supply chain helped produce the tablets used to treat the 18 patients in the Democratic Republic of the Congo. According to Weathers, this simple technology can be owned, operated and distributed by Africans to Africans.