You are here: Home / News / No clinically relevant interactions of a St. John’s Wort extract with low hyperforin content 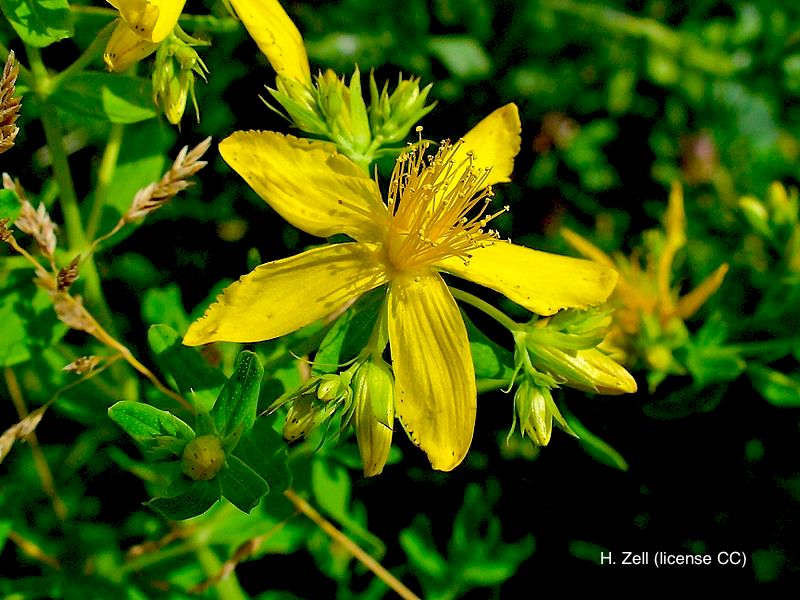 Interactions of St. John’s Wort preparations with several drugs such as cyclosporin, oral contraceptives or anticoagulants have been thoroughly investigated since the 1990ies.

In the last decade, increasing evidence emerged that preparations with high hyperforin contents are correlated with interactions with substances metabolized via CYP3A4, CYP2C9, and CYP2C19 and transported via ABCB1 (P-glycoprotein). In contrast, several studies with low-hyperforin St. John´s Wort preparations did not result in clinically relevant interactions (1).

Recently in a study in 20 healthy volunteers, pharmacokinetic interactions of a St. John’s Wort preparation containing a daily dose of < 1 mg hyperforin with a validated drug cocktail were investigated (2). The participants were hospitalized for 20 days and received 500 mg of the extract (DER 4-7:1; ethanol 57.9%; 0.10 – 0.30% total hypericins; at maximum 0.2% hyperforin) from day 8 to day 17. The drug cocktail [caffeine (CYP1A2), bupropion (CYP2B6), flurbiprofen (CYP2C9), omeprazole (CYP2C19), dextromethorphan (CYP2D6), midazolam (CYP3A4), fexofenadine (ABCB1)] was administered at days 1, 8 and 17.

Analyses of the median plasma concentrations/time curves of the probe drugs and their major metabolites did not show inhibition or induction of the metabolism of caffeine, bupropion, flurbiprofen, omeprazole, and midazolam. The transport of fexofenadine also remained unaffected. A weak (according to FDA guidelines), non-significant inhibition was observed for dextromethorphan after acute administration and the 10-days treatment. In summary, no pharmacokinetic interaction of the low-hyperforin extract with CYP1A2, CYP2B6, CYP2C9, CYP2C19, CYP3A4, and ABCB1 was seen. The weak inhibition of CYP2D6 was assessed as clinically not relevant.

The extract alone and combined with the drug cocktail was well tolerated. Only mild to moderate adverse events, mainly headache and fatigue were reported. Additionally, genotyping proved that despite genetic variability among the participants (ultrarapid to poor metabolizers depending on the CYP enzyme), no significant alterations of the pharmacokinetics of the probe drugs were observed.

Review author: Liselotte Krenn. Department of Pharmacognosy, Faculty of Life Sciences, University of Vienna (Austria). Member of the Board of Directors of ESCOP, member of the board of the Austrian Society of Phytotherapy.